By Walter B. Fenton 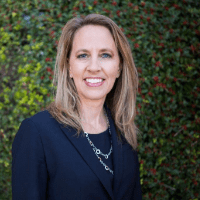 Oklahoma attorney Cara Nicklas has been elected to serve as chairwoman of the Global Methodist Church’s Transitional Leadership Council (TLC), the body shepherding the new Church through its transitional period. Nicklas follows the Rev. Dr. Leah Hidde-Gregory, who had assumed the role five months ago, shortly after the GM Church came into existence on May 1, 2022. Hidde-Gregory announced she was stepping down in order to begin serving as the leader of the denomination’s Mid-Texas Provisional Annual Conference, launched on November 1, 2022.

A widely known laywoman and sought after speaker in The United Methodist Church and now the GM Church, Nicklas has served in various capacities over the past two decades. Elected a General Conference delegate in 2015, she attended both the 2016 General Conference and the special conference in 2019. She also served on the Wesleyan Covenant Association’s Global Council and was an original member of the GM Church’s TLC.

“The quality of clergy the GM Church is attracting is solid, but what has excited me more is the caliber of laity who are stepping into significant leadership roles,” said the Rev. Jay Hanson, Lead Pastor at The Chapel in the Brunswick, Georgia, and the TLC member who nominated Nicklas to serve as the new chairperson. “Cara is a perfect example of the exceptional lay leadership emerging in the GM Church. She has been a great member of the TLC and will be an outstanding chairwoman. I am honored to serve with her and to be a part of a movement that empowers the laity.”

The 17 member TLC includes members from around the world, and it has been meeting regularly since its formation in March of 2020. It spent much of its first year creating the new church’s Transitional Book of Doctrines and Discipline, the document guiding the church until its convening General Conference. Since the GM Church’s launch earlier this year, much of the TLC’s time and energy has been given to reviewing and approving applications from local churches and clergy seeking to join the new denomination.

Reflecting on the many twists and turn over the past several years, Nicklas said, “I have met faithful Methodists from all over the world who exhibited integrity and grace in the midst of conflict and criticism. I attended WCA Global Gatherings where I witnessed true connectionalism as we worshipped the Triune God in unity. As a member of the GM Church’s TLC, I have a renewed sense of hope for the future of Methodism, and I am blessed to serve with incredible people who seek to move away from denominational conflict in order to focus our attention on making disciples of Jesus Christ.” 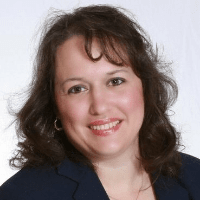 While continuing to serve on the TLC, Hidde-Gregory has been appointed by the Council to serve as the Mid-Texas Provisional Annual Conference’s president pro tem, a position designating her to lead the conference prior to the GM Church’s convening General Conference.

“I am very excited to step into this new role,” said Hidde-Gregory. “The local churches, laity, and clergy in the Mid-Texas Provisional Annual Conference have a burning passion for sharing the Gospel of Jesus Christ in word and deed. I am humbled to serve as their leader in this exciting time. We have been given the opportunity to build a Christ centered culture that emphasizes equipping local churches to make disciples of Jesus Christ!”

For now, the Mid-Texas Provisional Annual Conference includes 76 Global Methodist congregations with 18,000 members, located in the heart of central Texas. It anticipates many more local churches will join the conference in 2023 as they complete the disaffiliation process from the UM Church and align with the GM Church. The new conference will hold its convening annual conference session January 20-21, 2023.

“The Rev. Dr. Leah Hidde-Gregory has provided stellar service to the work of the Global Methodist Church as she has led the TLC in a critical season,” said TLC member and GM Church Bishop Emeritus Mike Lowry. “She has offered wise counsel, faithful insight, genuine integrity, and all stirred with her assiduity of purpose. We’ve been blessed by Leah’s leadership, and I am confident we will be blessed by Cara’s as well!”

In the coming months, the TLC will continue working closely with its designated GM Church Organizers around the world as they meet with pastors and local churches considering a move to the new denomination. It will also continue to stand-up Transitional Conference Advisory Teams that will explore the possibilities of creating provisional annual conferences. And it also looks forward to the launch of new provisional annual conferences throughout the coming year.

“We have much to do as the GM Church continues to grow and gain momentum,” said Krystl Gauld, TLC member and president of the WCA Regional Chapter in Eastern Pennsylvania. “Cara is an incredible leader, very professional, and possesses the poise necessary for her new role. It’s encouraging to know a woman of deep faith and maturity will guide us forward.”

The Rev. Keith Boyette, Transitional Connectional Officer of the Global Methodist Church, its chief executive and administrative officer, will continue to lead the new denomination’s staff and serve as a TLC member.

“It has been a privilege to work closely with Leah and Cara over the years,” said Boyette. “I am delighted our sisters and brothers in Mid-Texas are gaining a motivated and inspiring leader like Leah, and I know the TLC will have a gracious and steady chairwoman in Cara. Whether clergy or laity, we are all dedicated to fulfilling the GM Church’s mission to make disciples of Jesus Christ who worship passionately, love extravagantly, and witness boldly.”

You can learn more about the Global Methodist Church by exploring its website.